Delighted to say we’re working with the team at FOX UK again, this time we’re creating an incredible alien feast to promote the final series of Falling Skies.

FEAST ON ALIEN SPECIES AT THE FALLING SKIES DINER

Londoners are to be invited to feast on aliens, tackling the task of eating ‘treats’ such as Espheni limbs and the mucus eyeballs of Skitters, in celebration of the final series of Falling Skies which premieres in the UK on Tuesday 30th June at 9pm First on FOX, just two days after the U.S. The event is to be held at an extreme experiential diner hosting on an urban landscape in the middle of Old Street roundabout in East London, amongst the actual aliens from the hit show. 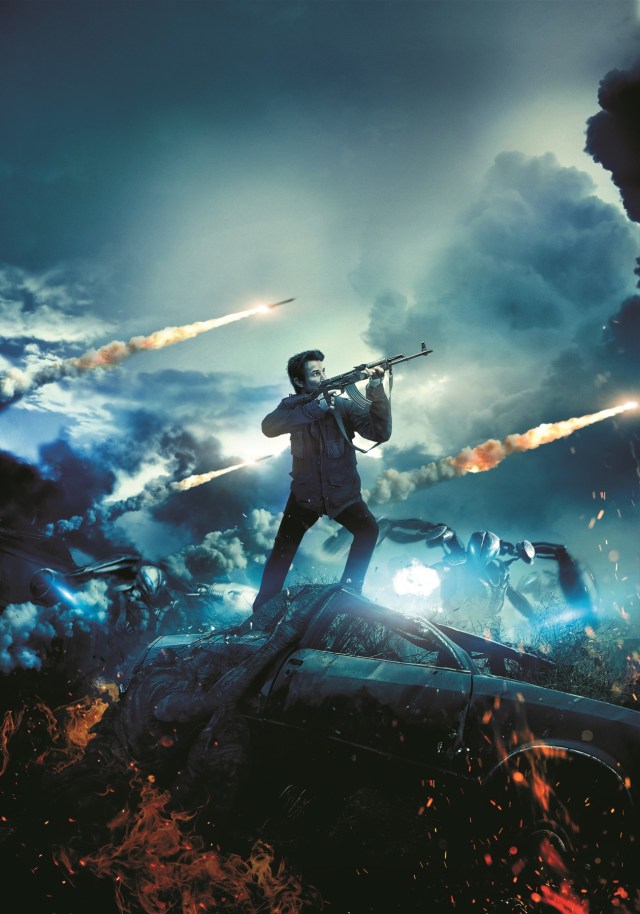 In line with the scavenging seen in the show food will be served on ‘used looking’ cardboard and old packaging instead of plates, with side offerings in old ammunition boxes and other dark touches in line with the post apocalyptic landscape in which the series is set. As to be expected when you cook any alien species the BBQ’s will be pumping out coloured smoke as they cook these mysterious creatures.

Flown in from the U.S., and on display at the event will be the actual aliens used in filming from the series, including Scorch, an Overlord, who stands at an impressive 3m tall and took two and a half months to build.  Fans of the series can also get up close to a Skitter, a Harness and Cochise, a member of the Volm and an ally to the humans.

As with all ‘Messhead’ events food artistry is used to visually transform delicious seafood into aliens in a feast that will delight the taste buds and disturb the senses. Expect dark grey coloured 50cm long King Crab legs representing the Espheni alien race, giant 12 Inch long prawns representing the Harnesses – with many more surprises besides. Nestled in a cobbled together poly tunnel will be hundreds of oysters – the mucus eyeballs of the Skitters – served with luminous green chili accompaniment. Accompaniments such as Szechuan butter and preserved lemon curd will be served alongside. Who says aliens can’t be delicious!

She is the founder of Totally Sugar, a London based sugar studio specialising in bespoke edible art. Jacqui is a multi award winning cake artist and pastry chef, her work, be it larger than life or in miniature is renowned for its incredible attention to detail and hyper-realism Having been told not to play with her food: Jacqui now makes it her lives work to confuse and delight all the senses, using food as an art medium her artist flair and high impact works of art are designed to get people talking